JUDY WOODRUFF: A generation of American military presence in Afghanistan is nearing its end. But what comes next? Here's Nick Schifrin.

NICK SCHIFRIN: The sprawling hub of American operations in Afghanistan for nearly two decades, Bagram Airfield, is now in the hands of the Afghan government. U.S. defense officials say all American forces outside of the Kabul Airport and embassy have left the country. President Biden today suggested the country's challenges are now the Afghans' problem.

JOE BIDEN, President of the United States: We have worked out an over-the-horizon capacity that we can be value added, but the Afghans are going to have to be able to do it themselves with the air force they have, which we're helping them maintain.

JOE BIDEN: I'm not going to answer any more quick question on Afghanistan. Look, it's Fourth of July.

QUESTION: On the economy...

QUESTION: Are you concerned about Fourth of July gatherings...

JOE BIDEN: I'm concerned that you guys are asking me questions that I will answer next week. But I'm -- this is a holiday weekend. I'm going to celebrate it.

NICK SCHIFRIN: So, what of this moment in Afghanistan and its very uncertain future? Our Jane Ferguson joins me from Kabul. Jane, good to see you. Talk about the mood on the ground in Kabul. How does the government feel? How does the city feel?

JANE FERGUSON: Government officials, Nick, are trying to make sense of what the next coming weeks and months are going to mean for them. They have spent the last months trying to make sure that they could secure the U.S. funding, that $4 billion a year for the Afghan security forces. But now they have much bigger concerns, whether or not they can hold any more ground against the Taliban. And to a certain extent, some of the political leadership here has really gone to ground. And the president here, Ashraf Ghani, seems increasingly isolated in the palace. Now, across Kabul, in the streets and in cafes and restaurants that we have been to today, there isn't a sense of panic. People are getting on with their daily lives. But there's a deep sense of fear whether or not the Taliban could come back here or whether or not they will see more of a civil war taking place and a new phase in this war. And don't forget, Nick, that the vast majority of the population here in Afghanistan are too young to remember Taliban rule. Their parents and grandparents remember Taliban rule. And many people deeply fear a return to that. And, in turn, you're seeing a huge amount of them trying to get out of the country. There's also the important topic of what will happen for women here. And I have spoken to those who run women's shelters across the country. And they have had to evacuate many of those shelters within territory that was about to or had fallen to the Taliban, and move vulnerable women, those who are being who are being helped because they're coming from abusive situations or they have been released from jail, and they have children. Many of those women who don't have anywhere else to go have had to flee those shelters and move into government-controlled areas, which, as you well know, are becoming smaller and smaller.

NICK SCHIFRIN: And those fears outside of Kabul are also about fighting not only between the Taliban and the Afghan military, but also local militias now fighting. 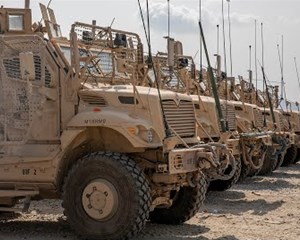 JANE FERGUSON: Absolutely. We have seen, since President Biden's announcement that there would be an unconditional withdrawal, a huge uptick in violence by the Taliban. And the tactics are fairly clear. They want to take rural areas between the major cities, essentially choking off those cities. And, for now, they have managed to take many districts across the country. And part of the tactic as well is to draw the and ANDSF, the Afghan security forces, the government security forces, into fighting on way more fronts than they can really manage to do so, to draw them into fighting across the country and stretching them thin on many different areas. So, in response to that, the government is essentially handing out weapons to civilians, and encouraging what it calls popular uprisings, essentially militias across the country, to try to get them to go out and support the Afghan government security forces. We have been out there ourselves with these militias as they fight the Taliban next to the Afghan army. They are civilians. Many of them have never fought before. Some of them have been in militias way back during the 1990s civil war. And they're being handed guns by the government and told to help protect their own areas and other areas here that are -- that are under threat of falling to the Taliban.

NICK SCHIFRIN: As U.S. service members are leaving, also leaving are U.S. contractors who have been servicing Afghan air force helicopters. The U.S. is trying to figure out a solution there. But, Jane, how important is that?

JANE FERGUSON: Air support for the Afghan security forces is absolutely crucial. And the loss of it could completely tip the balance of power in the -- on the battlefield across Afghanistan. We have already seen at least one unit of Afghan special forces last month being killed by the Taliban because they didn't have any backup.

NICK SCHIFRIN: And finally, Jane, the U.S. is also trying to figure out what to do in terms of future airstrikes, how to get Afghan translators out of the country and how to secure the airport. How important is it that the U.S. finalize those deals?

JANE FERGUSON: There are so many questions still left, Nick. As you have said, we don't yet know exactly what the rules of engagement will be. Will the U.S. military prevent the Taliban from marching on major cities or even Kabul? Will the civilian or the special immigrant visas for the contractors, the interpreters who worked with the Afghan military get access to those visas? I had dinner tonight with one of those former interpreters, who has been denied his application for the visa. He knows that Americans have been flying out today and that time is running out and that him and many others feel completely left behind. And that lack of answers means a lack of answers for thousands of them across Afghanistan.

NICK SCHIFRIN: Our Jane Ferguson tonight in Kabul, thank you very much.